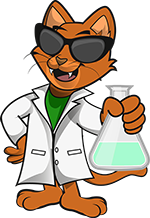 The role of elements in plant nutrition

Carbon dioxide. In the process of photosynthesis with the participation of chlorophyll, in the leaves of plants from water, carbon dioxide and light, organic compounds are formed that participate in the construction of the organism. This is the main and only significant source of organic matter for plants.

MICROelements. Microelements are inorganic compounds involved in the synthesis of enzymes and biologically active substances. The content in a living organism is very low, but they play a vital role in the life of plants. The microelements include: iron, manganese, zinc, copper, boron, molybdenum, cobalt.

ULtrA-microelements. Very small amounts of almost all elements of the periodic table are contained in all organisms. They fall into plants with root nutrition from the soil. The necessity for the life of ultramicroelements is not fully proved. Of more or less necessary are considered: vanadium, iodine, nickel, titanium, aluminum, cadmium, fluorine (for plants).

Basic natural mode of element intake for a plant is root nutrition. The root system of any plant consists of a large number of rootlets with a huge number of root hairs.

The number of root hairs of a mature plant is tens of millions. Due to the developed surface of the root system, a plant absorbs water and dissolved substances from the soil, providing the plant with macro- and microelements.

It is proved that a plant leaf is also capable of absorbing nutrients from solutions, sometimes more efficiently than through root system. The method of fertilizing plants through leaves is called foliar spray.

Glycine (aminoacetic acid) is the simplest amino acid. Formally refers to complexing agents, it is a bidentate ligand, forming a donor-acceptor bond between the metal-amino group, due to which the complexes of glycine with metals can reasonably be called chelates. Amino acid complexes of microelements are characterized by a very high bioavailability for the metal. Little information is available on the use of amino acids as a source of nitrogen for plants in terms of glycine-to-other amino acid conversions, but in general, amino acid top-dressing should have a very positive effect on the plant. 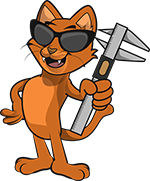 Roles of the essential nutrients in plant development

Nitrogen is a major constituent of several most important plant substances. For example, nitrogen compounds comprise 40% to 50% of the dry matter of protoplasm, and it is a constituent of amino acids, the building blocks of proteins. It is also an essential constituent of chlorophyll.

- Necessary for formation of amino acids, the building blocks of protein
- Essential for plant cell division, vital for plant growth
- Directly involved in photosynthesis
- Necessary component of vitamins
- Aids in production and use of carbohydrates
- Affects energy reactions in the plant
- Critical for flower differentiation
- Rapid shoot growth
- Bud vigor and ATP synthesis
- Acts as a catalyst for other nutrients

- Lack of growth or stunted growth
- General yellowing of foliage
- Older leaves first, loss of leaves under severe deficiency
- Purplish coloration due to accumulation of anthocyanin pigments
- Nitrogen deficiency creates a deep yellow, starting down the leaf mid-rib toward the plant

Sulfur is a structural component of some amino acids (including cystein and methionine) and vitamins, and is essential for chloroplast growth and function; it is found in the iron-sulfur complexes of the electron transport chains in photosynthesis. It is needed for N2 fixation by legumes, and the conversion of nitrate into amino acids and then into protein.

The outstanding role of magnesium in plant nutrition is as a constituent of the chlorophyll molecule. As a carrier, it is also involved in numerous enzyme reactions as an effective activator, in which it is closely associated with energy-supplying phosphorus compounds. Magnesium is very mobile in plants, and, like potassium, when deficient is translocated from older to younger tissues, so that signs of deficiency appear first on the oldest tissues and then spread progressively to younger tissues.

Iron is necessary for photosynthesis and is present as an enzyme cofactor in plants. Iron deficiency can result in interveinal chlorosis and necrosis. Iron is not a structural part of chlorophyll but very much essential for its synthesis. Copper deficiency can be responsible for promoting an iron deficiency. It helps in the electron transport of plant.

Manganese is necessary for photosynthesis, including the building of chloroplasts.

- Aids in the synthesis of chlorophyll, functions in photosynthesis.
- Aids oxidation and respiration processes of the plant
- Accelerates seed germination and plant maturity with resultant crop yield and quality,
- Increases the availability of calcium, magnesium, and phosphorus
- Functions as a part of certain enzyme systems

- Occurs on new growth first
- Fading between veins changing to medium yellow with dark mid-rib
- Does not affect size of leaf or texture, only color

Zinc is required in a large number of enzymes and plays an essential role in DNA transcription. Influences protein synthesis rate of maturing of seed and stalks, height or length of plants. A typical symptom of zinc deficiency is the stunted growth of leaves, commonly known as "little leaf" and is caused by the degradation of the growth hormone auxin. More deficient with a high soil pH

Copper is important for photosynthesis. Symptoms for copper deficiency include chlorosis.It is involved in many enzyme processes; necessary for proper photosynthesis; involved in the manufacture of lignin (cell walls) and involved in grain production. It is also hard to find in some soil conditions.

- Necessary for sugar translocation
- Aids in calcium and potassium uptake, especially of crops that use high levels of Potassium
- Aids in the phosphorylation process
- Essential for seed and cell wall formation, terminal bud formations
- Promotes maturity

Molybdenum is required by plants in very small quantities. Its main (and possibly only) function in non-leguminous plants is as a component of the enzyme nitrate reductase, which is essential for the metabolism of nitrate, the main form of plant-available nitrogen in most soils. Therefore molybdenum deficient plants may appear as if they are deficient in nitrogen, having general chlorosis and stunted growth. Symptoms unlike those of nitrogen deficiency may occur as a result of nitrate accumulation to toxic levels in the tissue. Reduced productivity as a result of molybdenum deficiency is usually associated with the reduced activity of one or more of these enzymes.

- General yellowing of older leaves (bottom of plant). The rest of the plant is often light green
- Pale leaves with interveinal and marginal chlorosis (yellowing) and necrosis (scald) 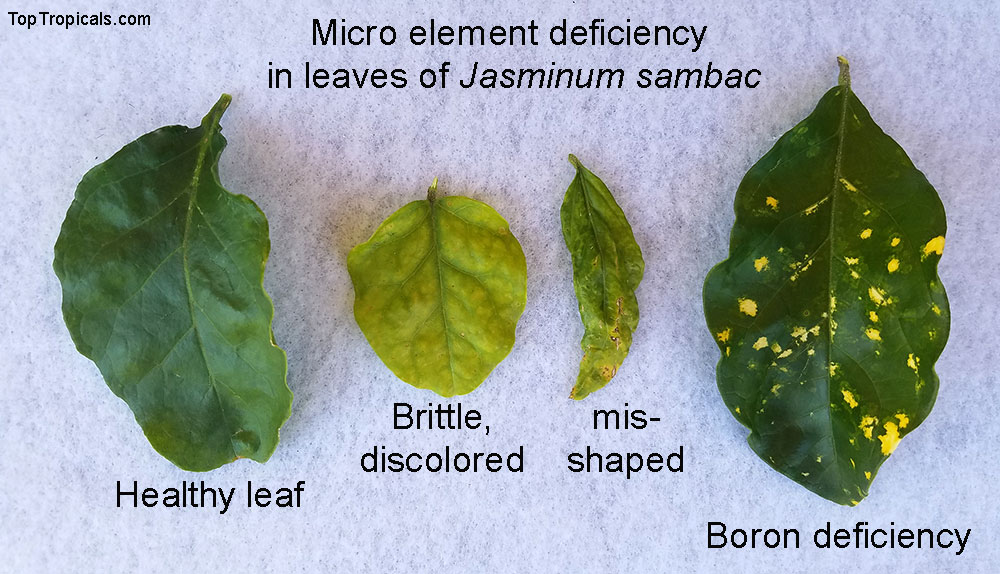 How can Sunshine Boosters help? 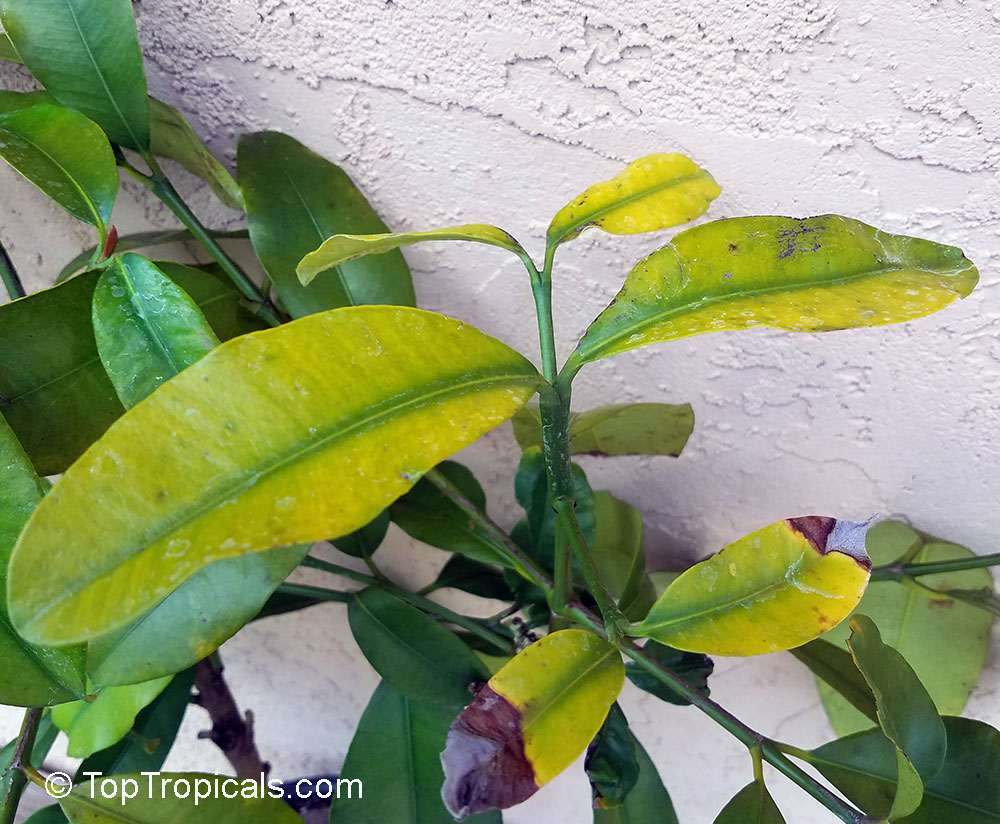 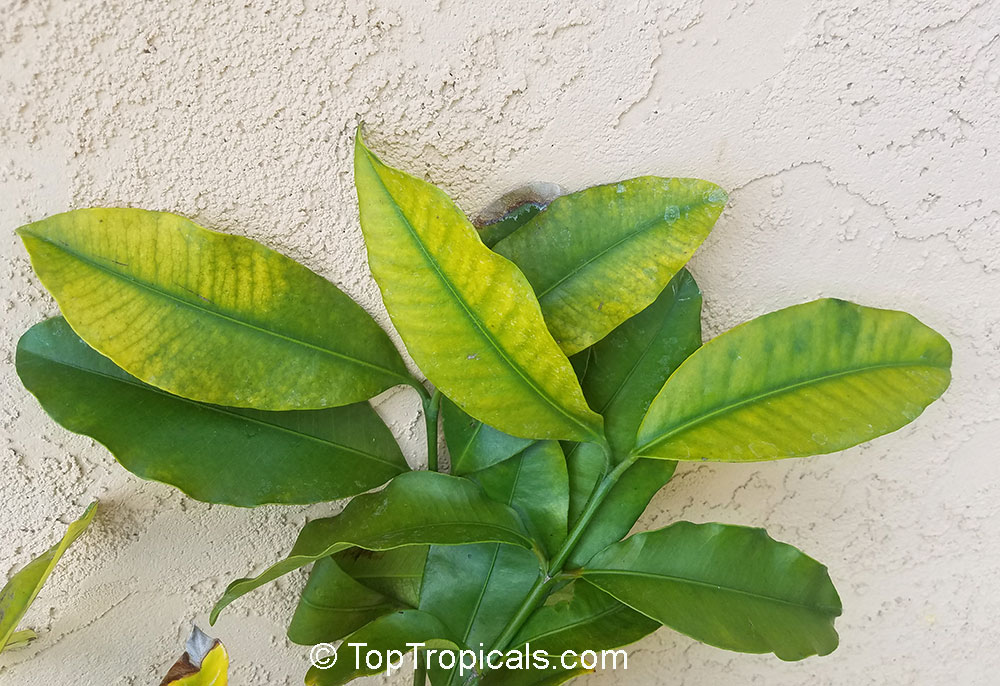 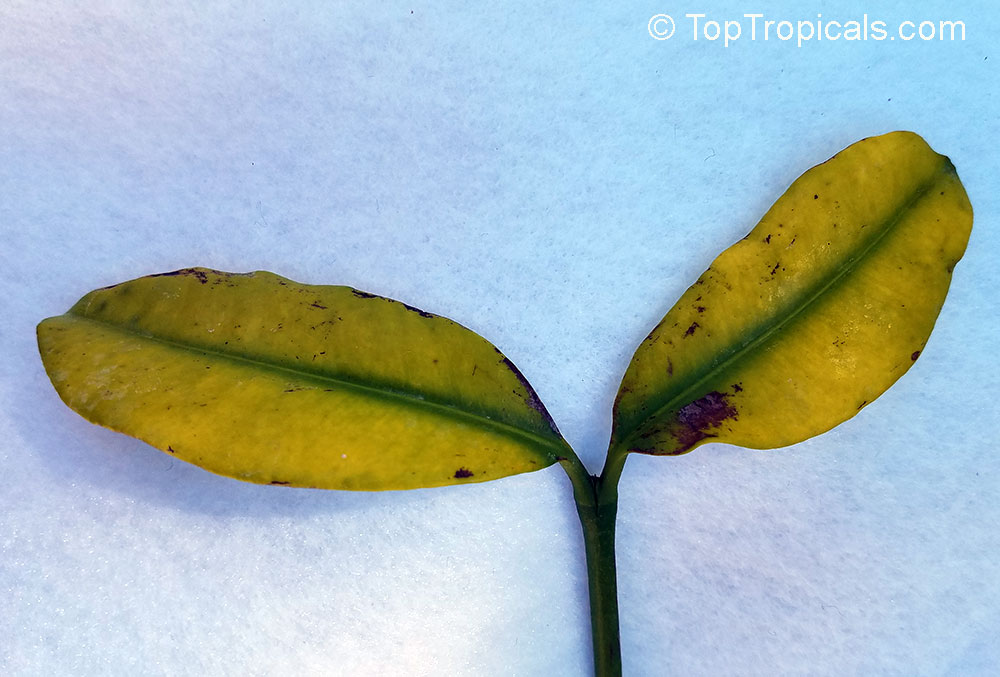 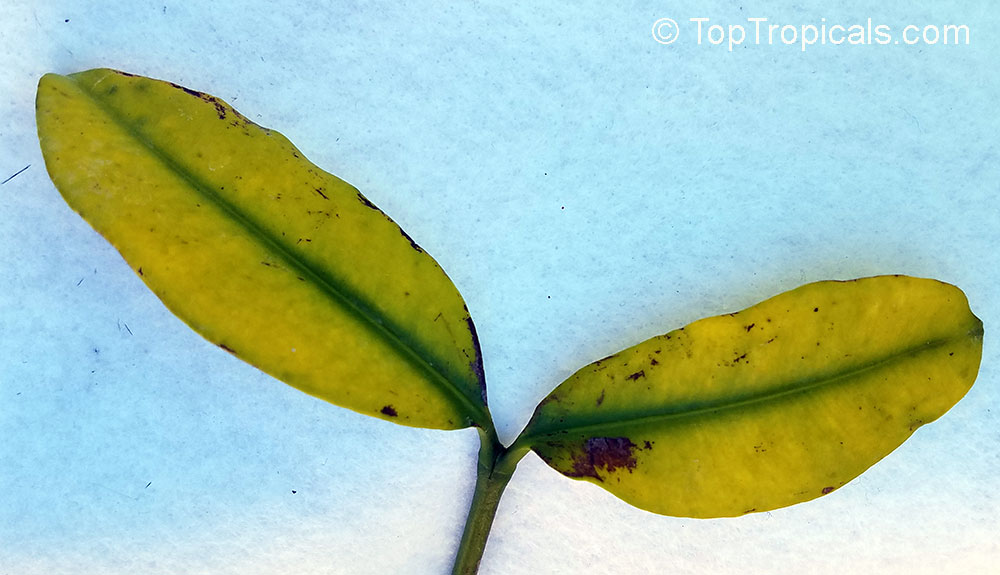 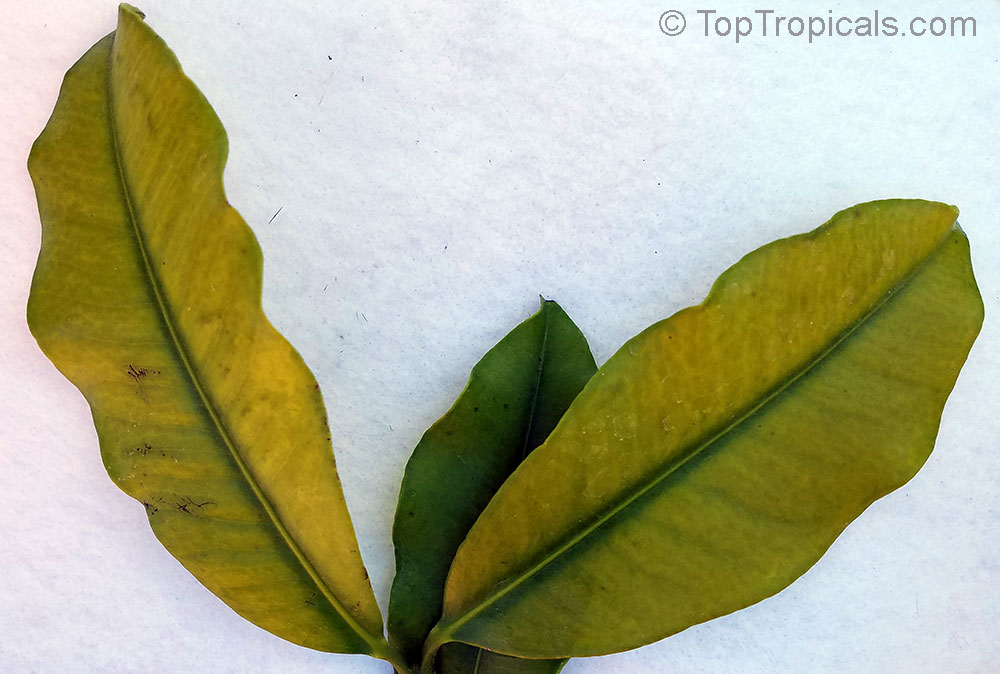 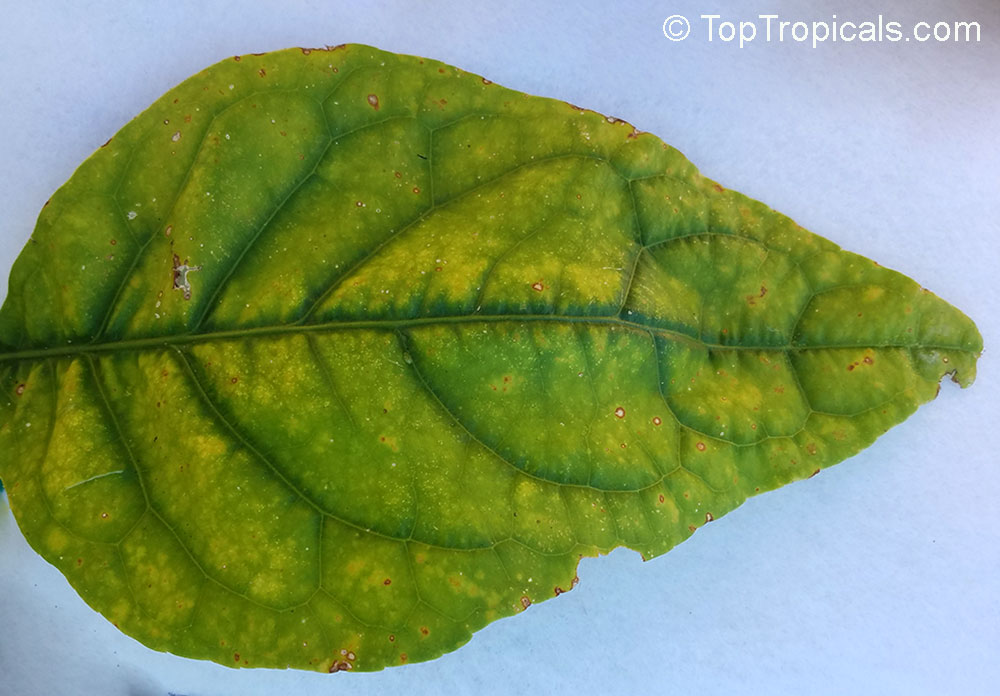 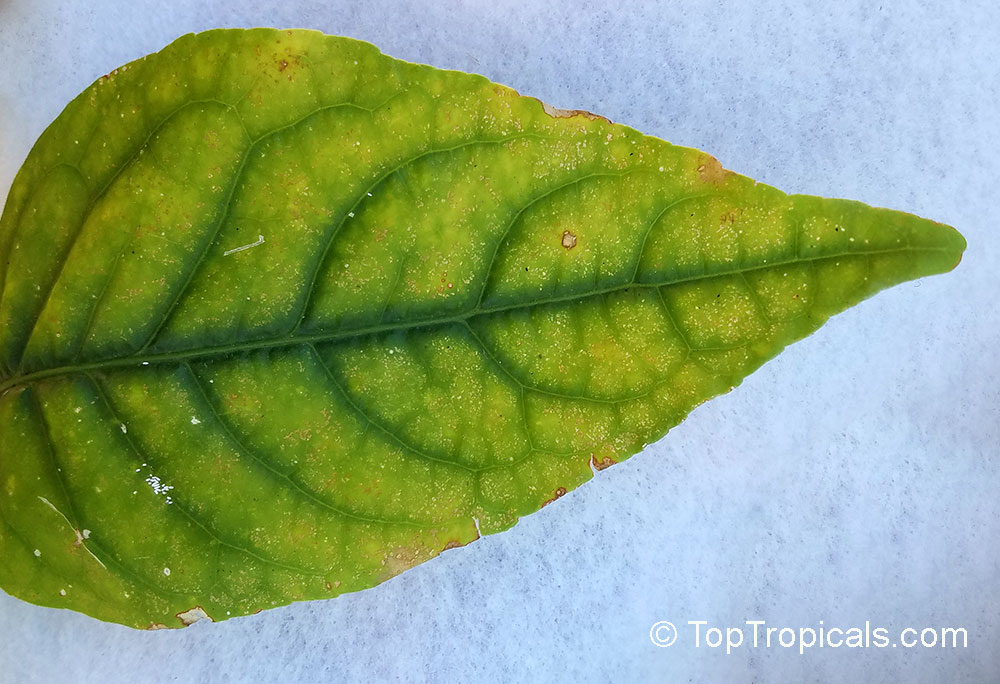 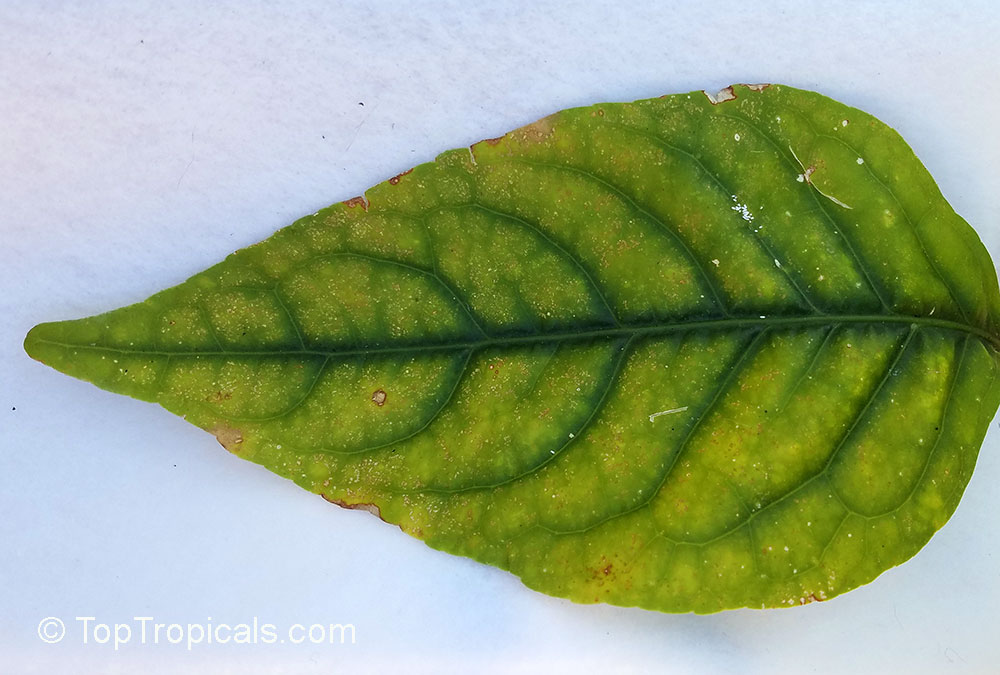 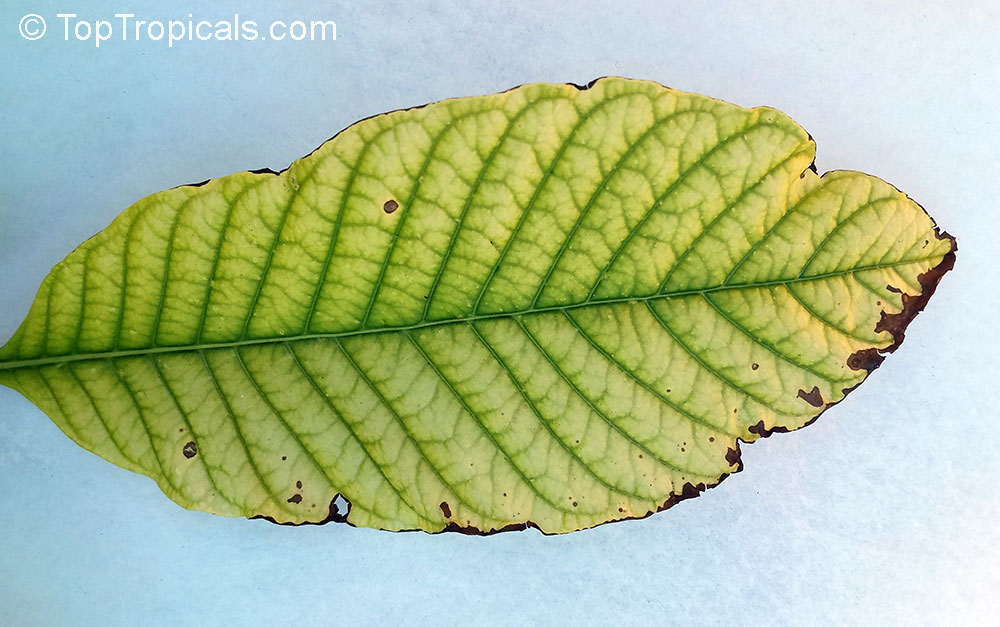 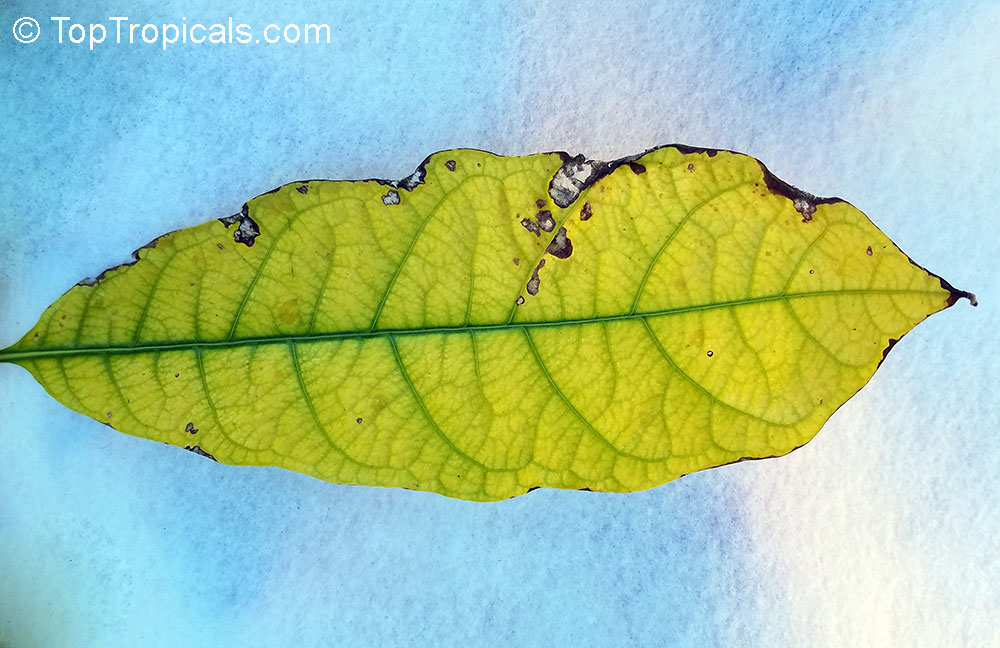 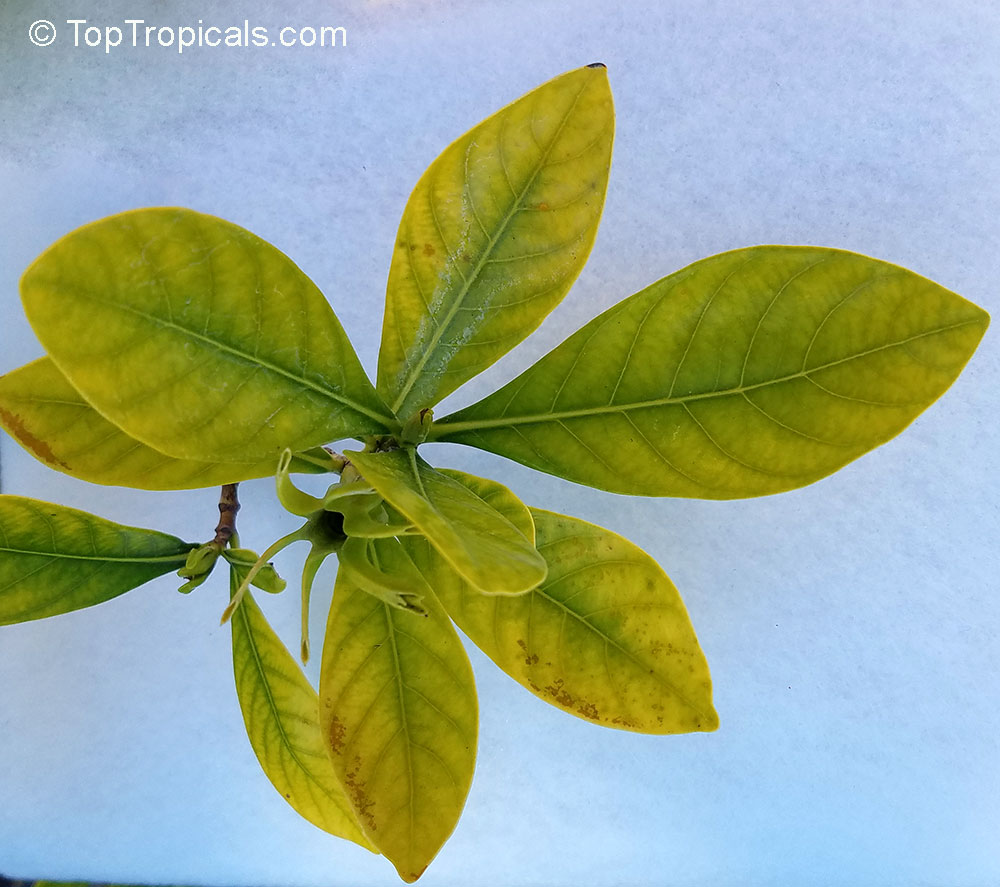 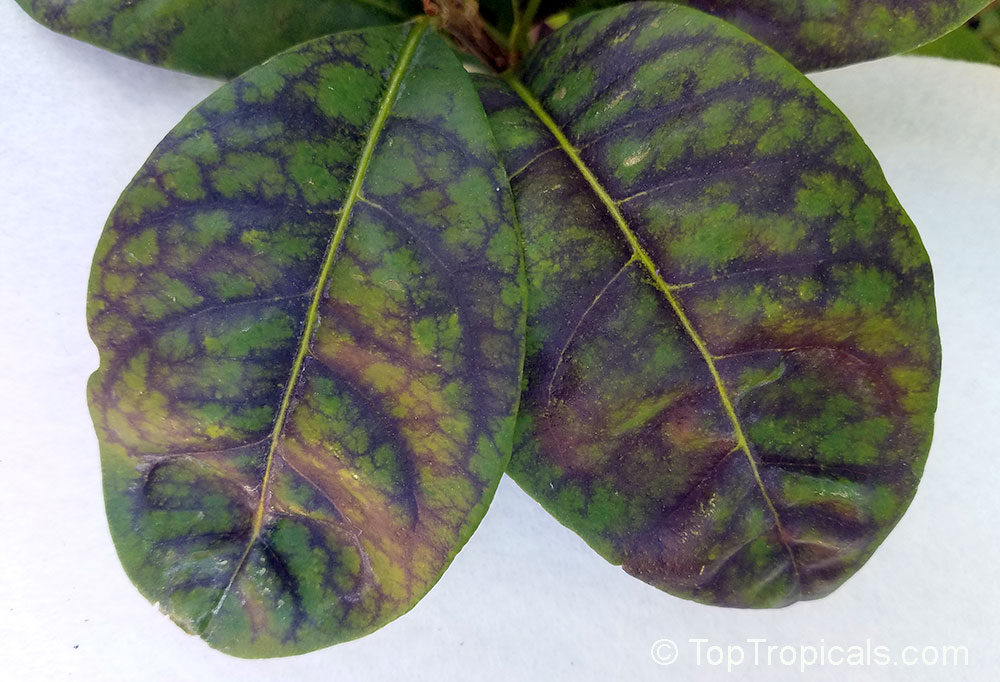 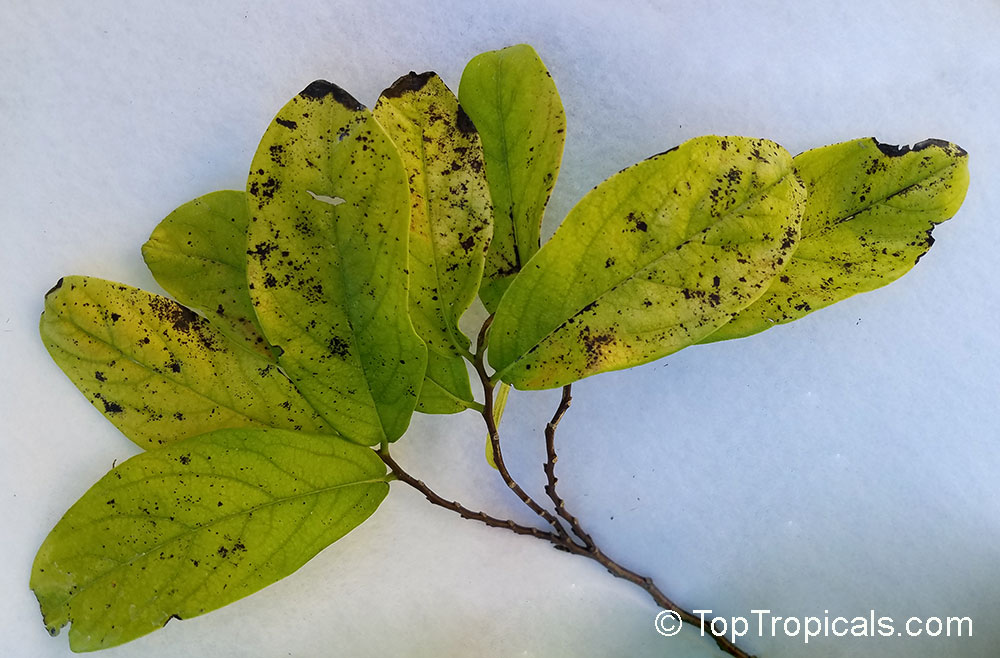 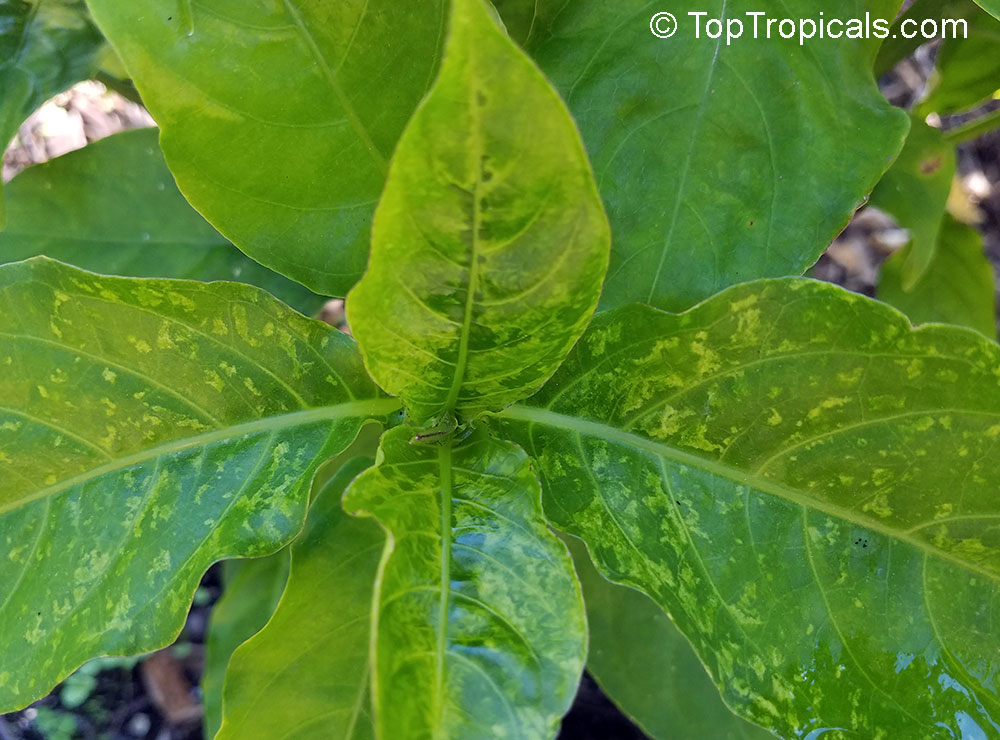 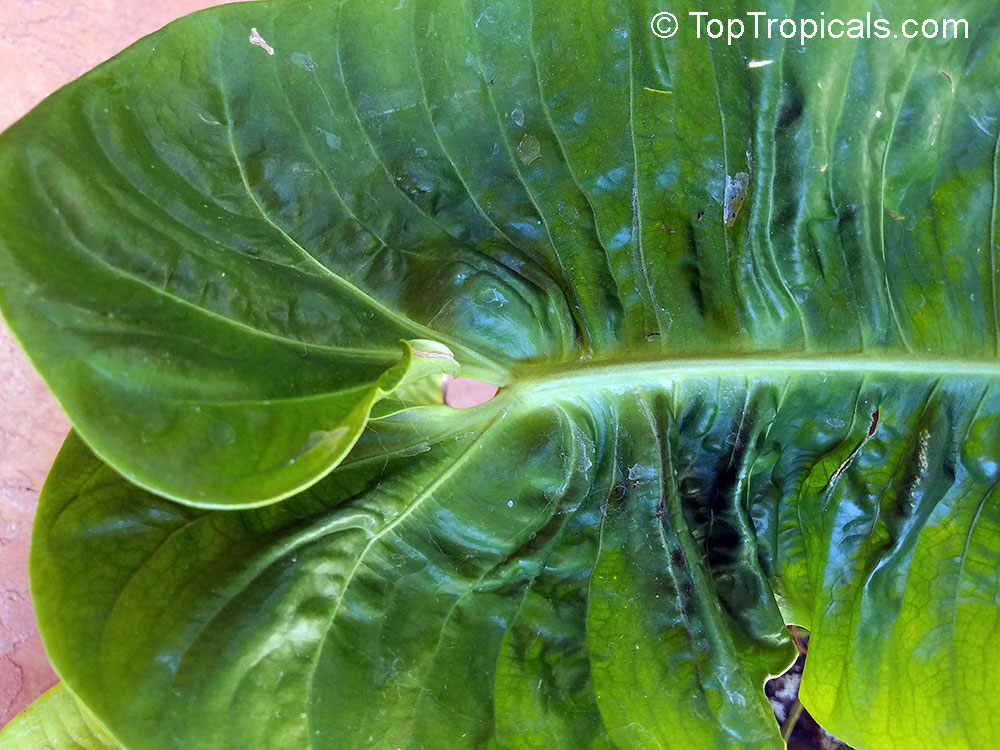 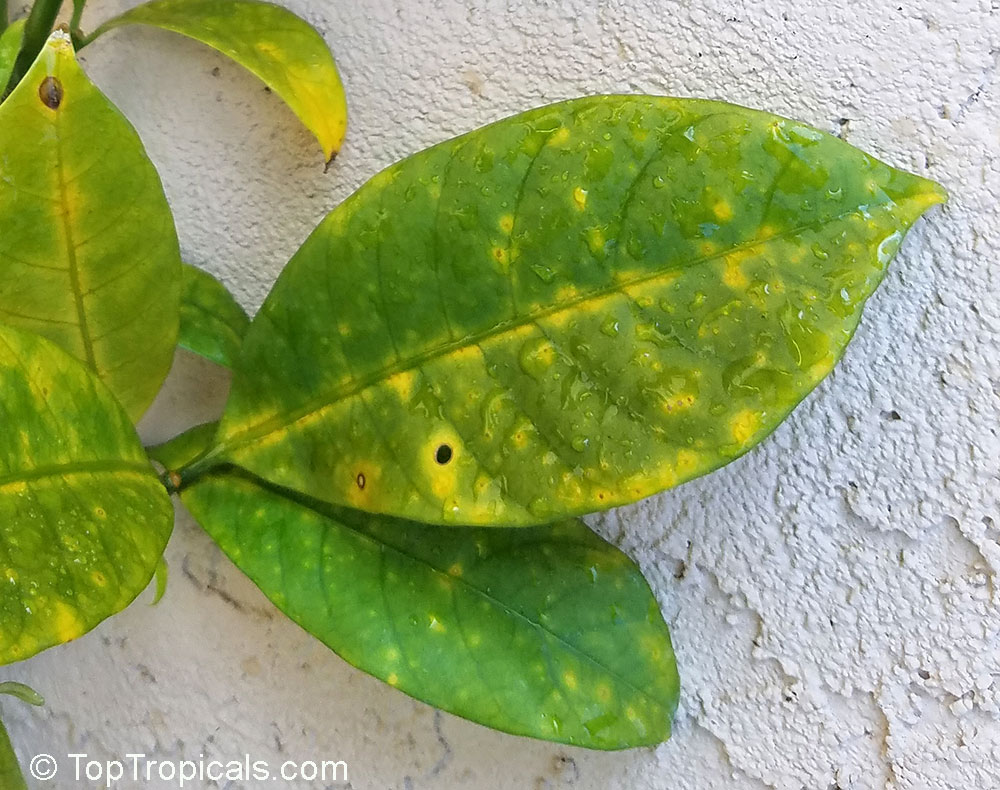 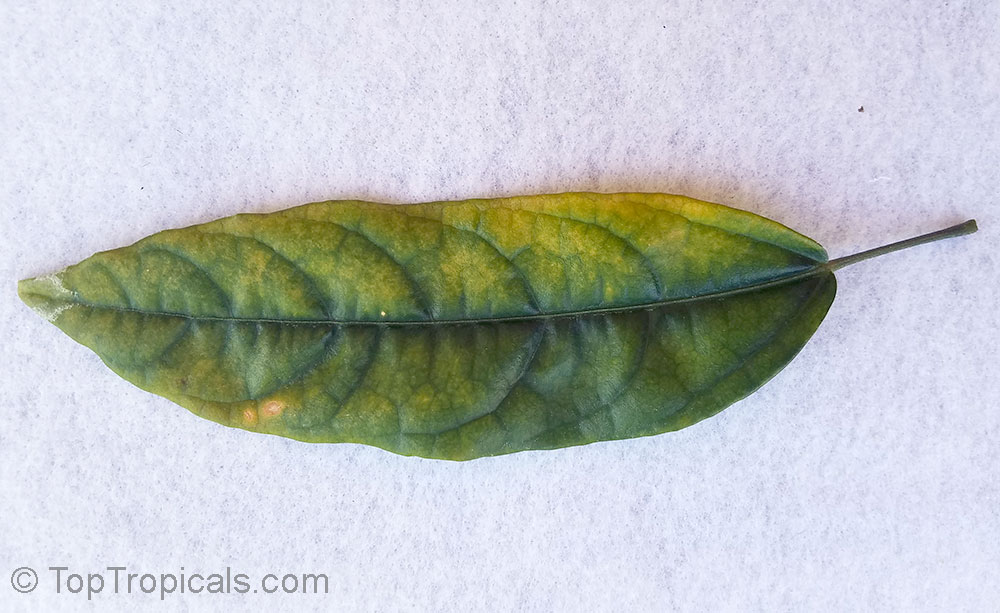 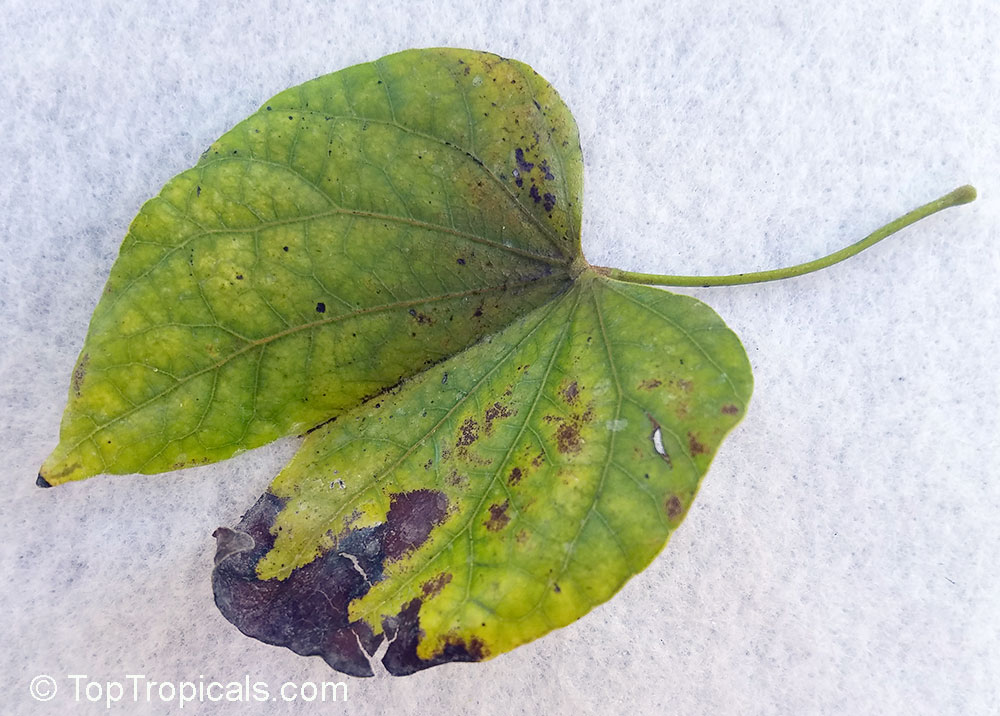 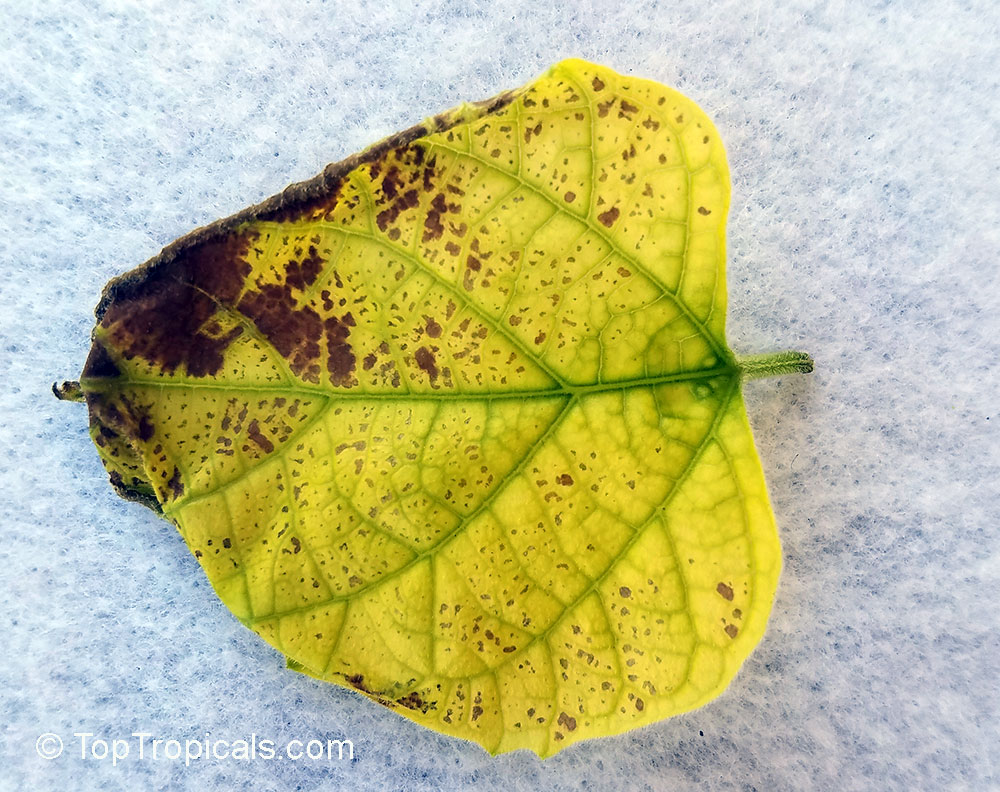 Nitrogen - N:
Used most out of the three primary macronutrients, nitrogen is the major constituent in chlorophyll. It affects shoot and root growth, density, color, disease resistance and stress tolerance.

Phosphorus - P:
The second most important primary macronutrient, phosphorous is an essential part of photosynthesis and impacts rate of seedling development, maturation and root growth.

Potassium - K:
Potassium is the third most important primary macronutrient, and typically occurs naturally in the soil. It is essential for cell division, cell electrolyte balance and the functioning of the stomates and influences drought tolerance, cold hardiness and disease resistance.

Calcium - Ca:
Buffers the soil pH, making it more alkaline, and is essential for root health, growth of new roots and root hairs and the development of leaves.

Magnesium - Mg:
Essential for photosynthesis (part of chlorophyll), improves utilization and mobility of phosphorus and acts as an activator of many plant enzymes.

Copper - Cu:
Involved in photosynthesis, respiration and the formation of lignin. Regulates cell wall construction and cell growth and division.

Iron - Fe:
Essential for the formation of chlorophyll, photosynthesis and nitrogen metabolism.

Zinc - Zn:
Required for the synthesis and functioning of chlorophyll, is involved in the plant hormone system and is a catalyst for auxin.

Boron - B:
Aids production of sugar and carbohydrates and in cell division and cell wall formation.

Molybdenum - Mo:
Helps in nitrogen fixation and is required or protein synthesis. 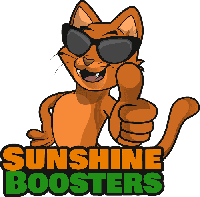 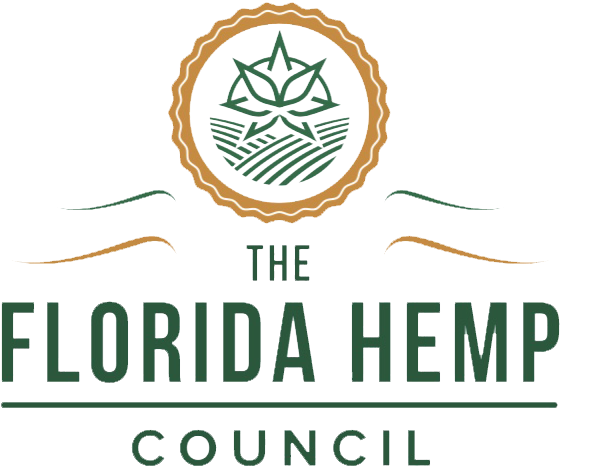